Birmingham is the bustling city of 1016800 dwellers, and it is located in the West Midlands County of England. It is the second most populated city in the United Kingdom, after London. The city led the industrial revolution in England, riding on its traditionally strong market for local agricultural products. The presence of the strong local market is certified by the Royal Charter that dates back to 1166. The town, which was affectionately termed as the workshop of the world and the “city of thousand trades,” has lost its glory, and it is no longer the business hub that it used to be. However, true to its inherent characteristics, the town owns the biggest wholesale food market in the UK. Fish, meat, flowers, fruits, and vegetables are supplied to places far and wide. Sometimes the products from the local market end up at places 100 miles away.

The presence of the robust food market has influenced the culinary heritage of the Brummies. Historically, it is being observed that the metropolis is enthusiastic about the delicacies served on the platter. The rise of the world-famous food brands from the town is an indication of the fact. The famous brands like “Bird’s Custard”, “Cadbury’s Chocolate”, “HP sauce” and “Typhoo Tea” have all set up their businesses in the place and grew to be the world leaders. The love of Chinese food can also be witnessed with the phenomenal success of the Wing Yip food empire that is based on Chinese cuisine and its varied ingredients. The Wing Yip industry is now valuated at more than 80 million Pounds, and it employs more than three hundred staff in its offices, situated throughout the length and breadth of the country.

No wonder that Birmingham restaurants are the popular social meeting points of the metropolis. The restaurants are always eager to offer something new to their patrons that can win the hearts of the sternest culinary critics. The eateries are serving Indian, Chinese, Thai, Italian, and French cuisine to satisfy the taste-buds of the gourmet connoisseurs. The Brummies are spoilt for choices. The quality of restaurants in Birmingham can be guessed from the fact that it is the only city to host three Michelin starred restaurants, other than London. The “Purnell’s”, “Simpson’s” and the “Turner’s” are the proud recipient of the prestigious Michelin star rating. The culinary fiesta at any Birmingham restaurant is a dream for all foodies. 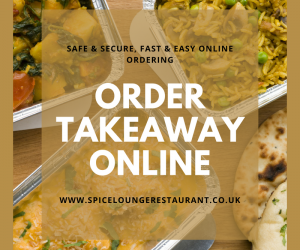